I am so thankful for

I am thankful for this

I am thankful for this amazing staff. Each of them go above and beyond to use their smarts and their skills to better children’s lives. It’s a privilege to watch and to see how each person’s gifts change a child’s life. 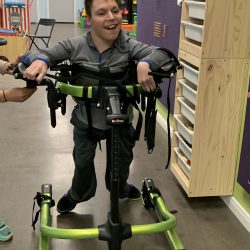 Benjamin has suffered with hip dysplasia and severe pain for several years. His therapists at Elite have always been knowledgeable, comforting, and caring when it comes to his treatments and care plans. When his surgery was performed this past January, they were super supportive. When complications arose and he spent extra time in the hospital, his therapist were accommodating and compassionate. When Ben returned to his clinic sessions his therapists supported him physically as well as emotionally. His journey has been long and had its ups and downs but I am so proud to say that he accomplished his kind term goal of walking in his gait trainer, unassisted!! This would not have been possible without the amazing support of his therapists at Elite!

Help us in some critical months 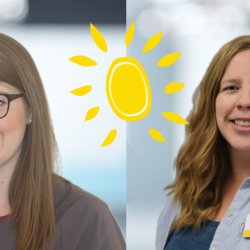 “I found your card in my wallet and wanted to let you know how we are doing. It has been a blessing to see [child] learn new things and grow. ​Thank you so much for all you and Kaylen did for us. You really did help us in some critical months and for that, I could never thank you enough.”

Our youngest son has been

Our youngest son has been with Elite for a couple years now. He is there for speech therapy now.
His therapist was Mike Hasan. Mike has been awesome. From their first meeting Mike was able to build a great report with my son. He was able to identify with him in way that impressed me beyond measure. For the year and a half that we were with Mike the improvement in our sons ability to speak and articulate complete thoughts was nothing short of miraculous.

Our son’s extreme overbite is one of the main causes of his inability to form sounds and words. It became frustrating for him and he would effectively shut down. Mike was able to emphasize and work through those moments and teach us as parents effective way to help and continue his therapy at home. The long and short of it is that Mike was able to improve his speech in an amazingly short amount of time and teach both our sons and us techniques that were effective.

I was sad to see that his path took him north to Dallas. But I also know he will be able to help countless children find their voice.

We’ve never had a bad therapist at Elite. Every one of them have an uncanny ability to identify with the kids they get and build amazing rapport and trust with their patient.

Our sons looks forward to his therapy there. To him it’s play. He enjoys learning and developing there. Then enjoys telling us about his success. Not that he needs to because we see the improvement every week.
Mike Hasan most assuredly set the bar high. He’s goal oriented and strives to achieve those goals. He is able to set realistic goals and motivate our sons to achieve those goals then share and celebrate those victories in a way that our sons wants to set more goals and celebrate the next milestone.

I am impressed with the enthusiasm which all the therapist at Elite demonstrate and Mike is in the top tier. The progress made with our son is irreplaceable and I am grateful. 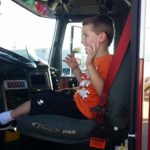 My husband and I noticed something was different about our son when he was still a baby. The pediatrician we had at the time dismissed my concerns, telling me I was worrying for nothing because he was my first child. I finally got fed up with her and found another pediatrician.

The first time I took Wyatt to see her she said, “The hand-flapping is not typical. Neither is the toe-walking.” I almost cried. It was nice to have my concerns validated, and not be made to feel like a crazy person. She told me to call Elite Therapy to set up an evaluation.

We went in for an evaluation and Wyatt started speech therapy with Laurie Maler on January 24, 2016. We added occupational and physical therapy in the months after. Laurie is the only therapist that has been with us the entire time. When Wyatt started speech therapy, he said a handful of words and pointed at what he wanted. We signed at first per Laurie’s suggestion, then he got tired of signing and started speaking. About a year after he started at Elite, he was diagnosed with Autism Spectrum Disorder with a secondary diagnosis of Mixed Receptive-Expressive Language Disorder.

Nearly three years later, he can speak in sentences. He says things like, “I want goldfish” or “I don’t want to wear that shirt.” I know we have a long way to go, but he has come so far. I am so proud of him, and so thankful for Laurie and Elite Therapy Center.

Everyone at Elite is so supportive. Since we’ve been there so long, they feel like family. I can’t say enough good things about this place. I love the people up there-from the therapists to the people working in the office. The owners are friendly and helpful, too.

I urge anyone who has concerns about their child to call Elite Therapy Center, and schedule an evaluation. It is a wonderful place. I’m glad I made that call three years ago. My son has benefited tremendously from being there. 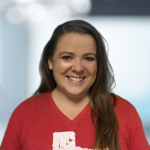 We were very discouraged when our 14 year old daughter began experiencing pain after having made the Varsity Tennis team as a freshman. She had worked so hard to earn this spot and had so much on the horizon; we were wondering how to help her carry on. The Elite Therapy Center PT team did a great job working with our family doctor, Dr. Chris Grant, at Scott & White. She came in for an evaluation to reveal the damage wasn’t permanent but if she worked to correct things – she’d carry on strong!

Upon finishing 8 weeks of physical therapy with Kimmy DeWItt and Sarah Calaway, she was free of pain and no longer using a brace! Kimmy helped her strengthen muscles and areas of her body that healed her knee stress. My high school daughter isn’t one to trust easily but she built a wonderful relationship with this team! She finished her therapy and constantly shares how much she misses them. Encouragement is KEY and they delivered every time!

We are so grateful for the level of expertise and care that Kimmy and Sarah provided and used to educate our daughter. She will use this therapy for a lifetime and is already carrying on strong into her now sophomore year (with many to come). From a mother’s heart, thank you for helping my child by building her confidence, showing her techniques and methods to strengthen her, and help her continue on a journey of success and adventure in tennis. #JourneyElite

Don’t ever underestimate the power of therapy

I had to share! We wanted to let you know the Neuro and Immunobrain disease teams have been speaking very highly of Hannah’s therapist and have been blown away by her progress. Her attending physician pulled the residence in her room this morning as she was coloring and playing with toys and said this is why therapy is important. “Don’t ever underestimate the power of therapy.” Then he said, “…now Mrs. Bayer demands the best and Hannah’s therapist (Holly Montgomery) has emailed me updates regularly so she’s spoiled to be treated by the best,” he literally said, “I wish her therapist could see some of my other kiddos I think they’d improve more.”
I think sometimes therapy seems repetitive and therapist and parents who do it day-in and day-out don’t always see the progress the same way. However, Hannah’s progress literally brought her doctors to tears. They have shared this multiple times because Holly has taken time to write long reports and email updates that the quality we have far exceeds elsewhere. 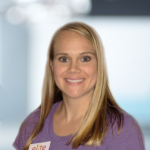 Sarah has been such a tremendous gift from God to our family! We have been living overseas for the past 2 years where we didn’t have access to physical therapy services for our son. When we walked into Elite for the first time six weeks ago, I immediately started sobbing. The atmosphere at Elite is so much fun and Sarah has made every minute of therapy fun for Josiah by singing to him from the moment he gets there until the moment it is time to go home. In just a short amount of time, we have already seen him make so much progress. Not only is Sarah an excellent therapist, but it is also so evident that she cares very deeply for him and wants to see him succeed. As a parent of a child with cerebral palsy, it is such a blessing to have therapists that really believe that nothing is impossible! As a family we want to thank Sarah and everyone at Elite for truly living out your vision of bringing hope and healing to families of children with special needs! We are so grateful for you!